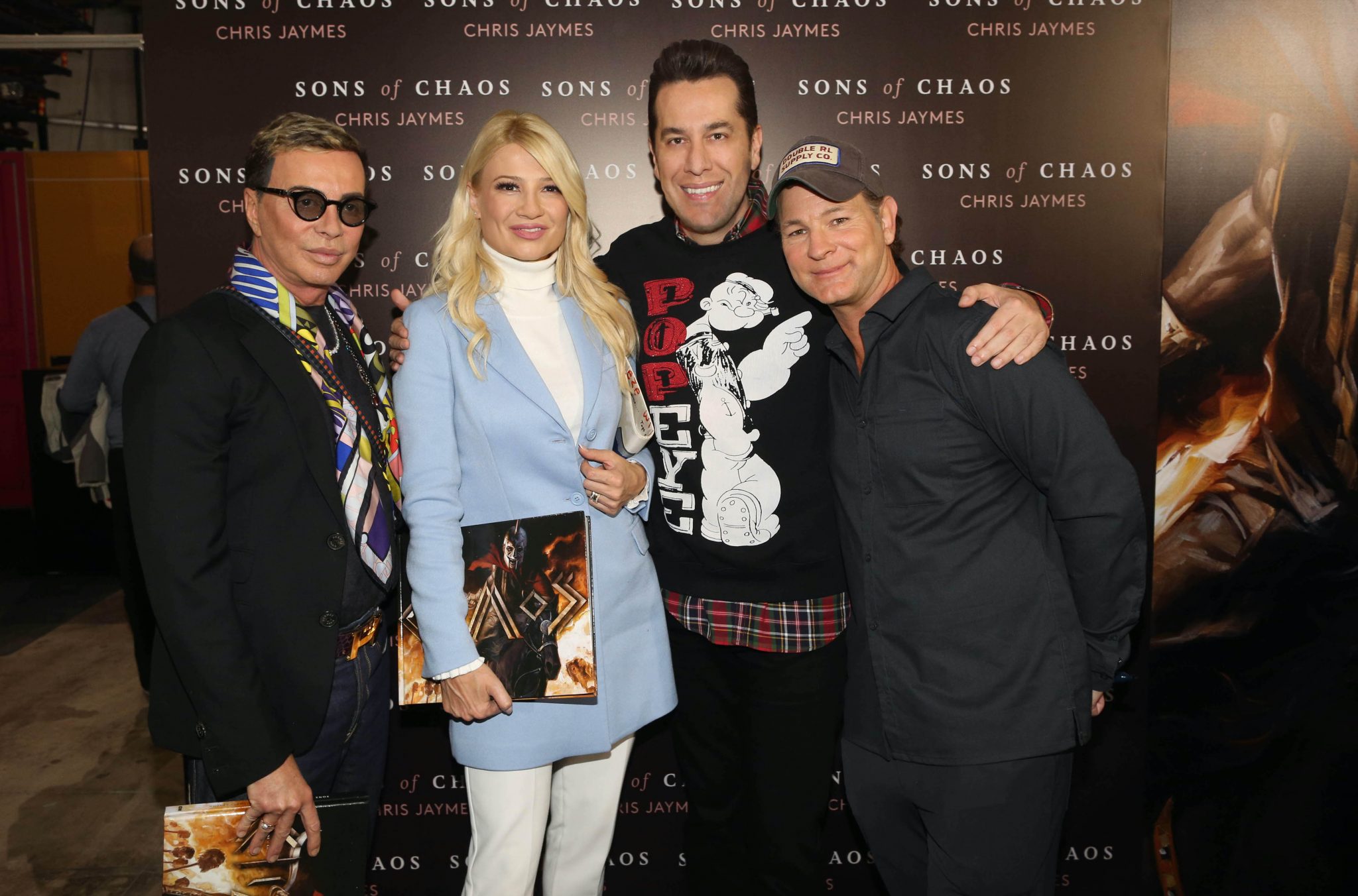 As part of the country’s biggest comic book show “AthensCon” at Tae Kwon Do Stage, the new book “Sons Of Chaos” by American director, screenwriter and producer Chris Jaymes was presented with a unique cocktail party with glowing guests. The presentation of the epic graphic novel was done by Greek actor Anthimos Ananiadis, while the book narrates an epic fantasy story about the Greek Revolution of 1821.

Chris Jaymes has been involved into the show businnes since he was 17 and has starred in television series including Lost, Party of Five, Profiler, Chicago Hope, NYPD Blue and Touched by an Angel. He has also starred in many films, including Ivan Reitman’s Father’s Day starring Robin Williams and Billy Crystal.

In 2019, after eight years of development, “Sons Of Chaos”, a fantasy story about the Greek Revolution of 1821, was published worldwide in a 192-page hardcover by IDW and Penguin Random House. Jaymes wrote the book with cartoonist Ale Aragon while collaborating with Levendis Entertainment and Nick Lambrou on the script for transferring the book to cinema.

Any cookies that may not be particularly necessary for the website to function and is used specifically to collect user personal data via analytics, ads, other embedded contents are termed as non-necessary cookies. It is mandatory to procure user consent prior to running these cookies on your website.